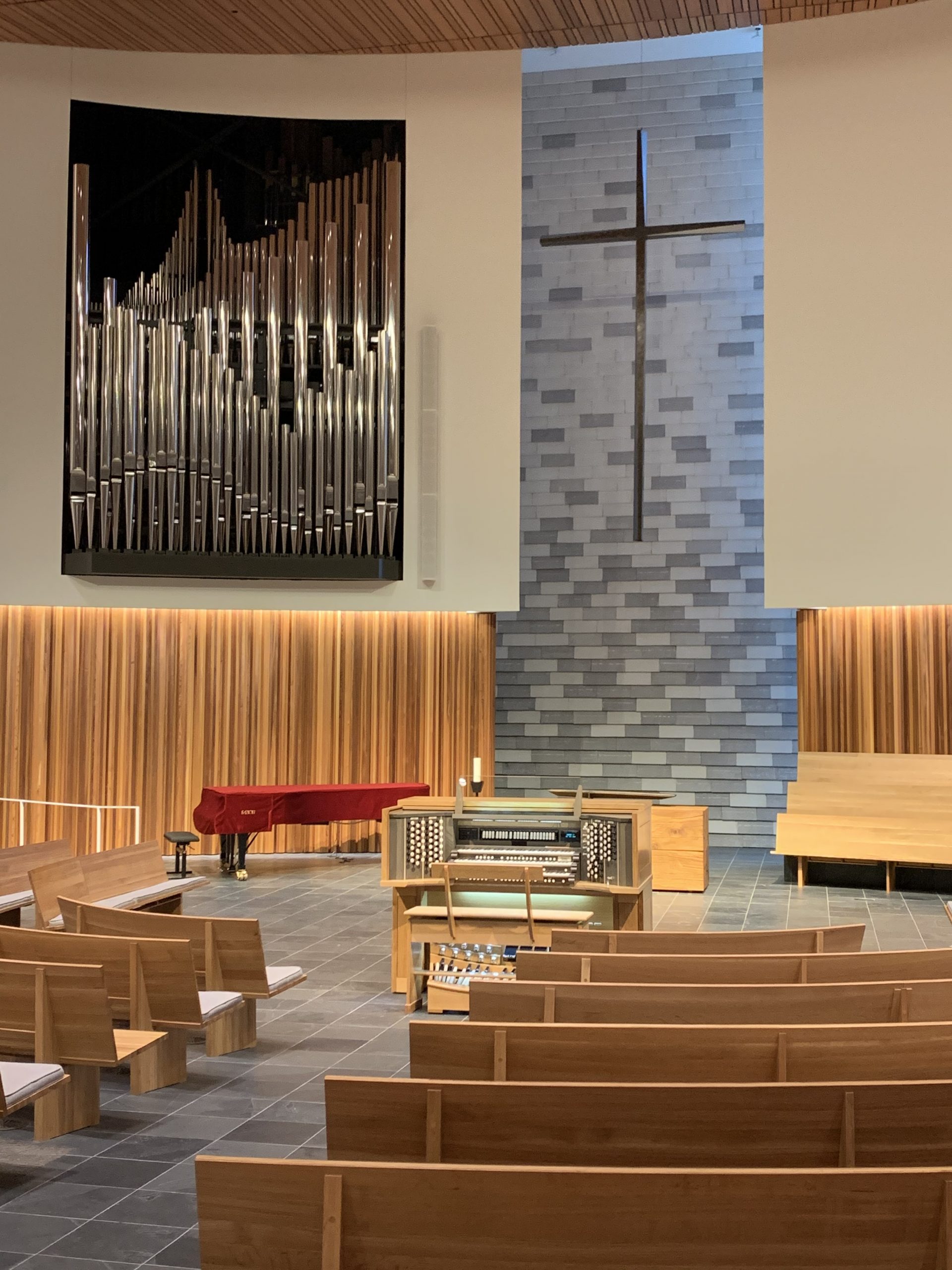 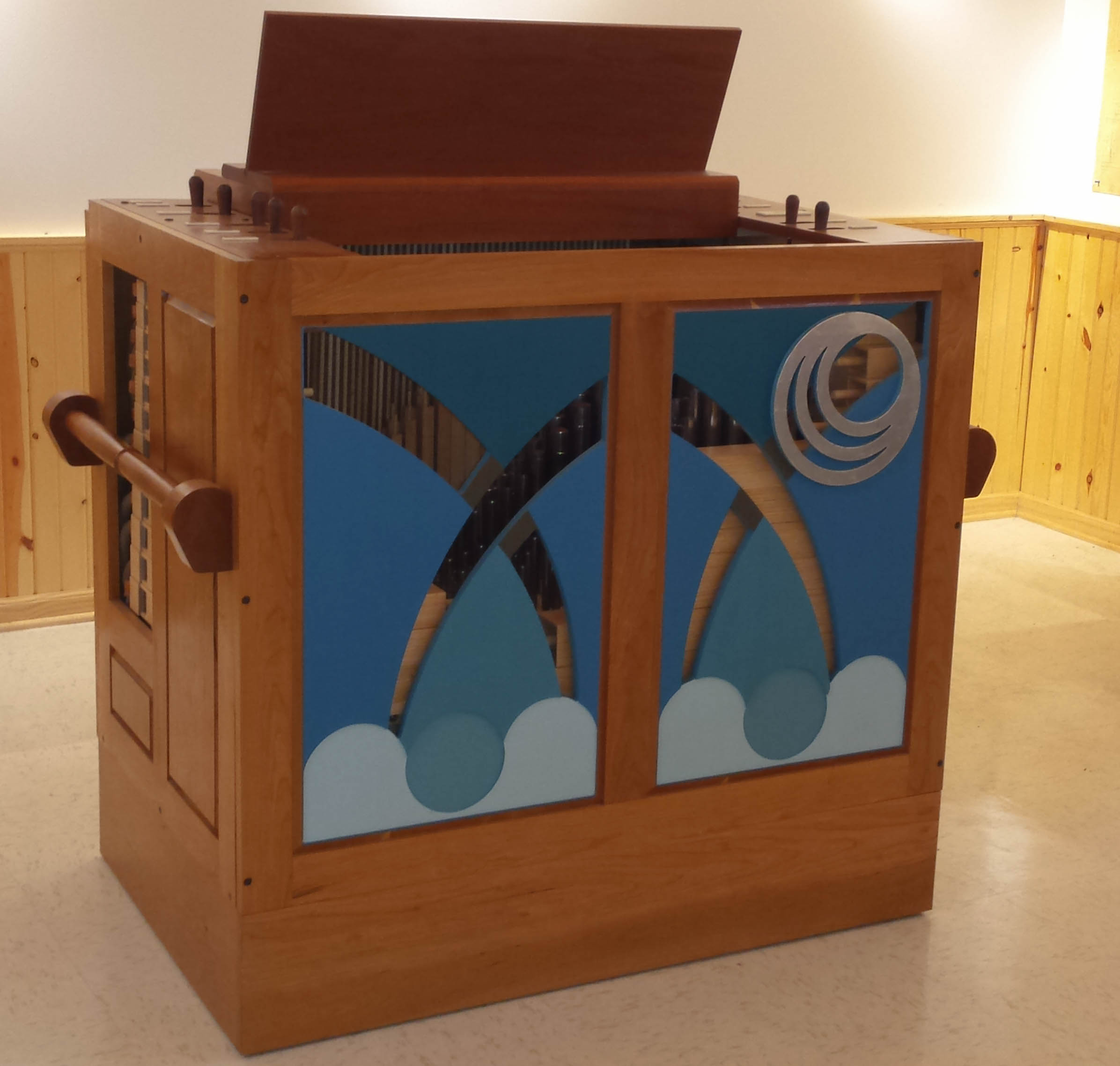 Our Opus 43 from 2014 is a mechanical action continuo organ crafted especially for Blue Lake Fine Arts Camp in Blue Lake, Michigan.  The stops are divided Treble (left side) and Bass (right side).  It contains an 8' Holzgedeckt, 4' Kleinflöte, 2' Prinzipal and 1 1/3' Quinte.  There is a transposer knob that shifts from […] Read More 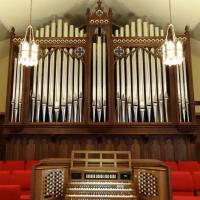 From John-Paul: Sometimes great new organs result when materials from older instruments are re-crafted and re-purposed. Many of the best builders throughout history have re-used former instruments to varying degrees in their new work. Our Opus 41 began life as a Moller Organ, rebuilt and enlarged several times during its history. We happily agreed to […] Read More 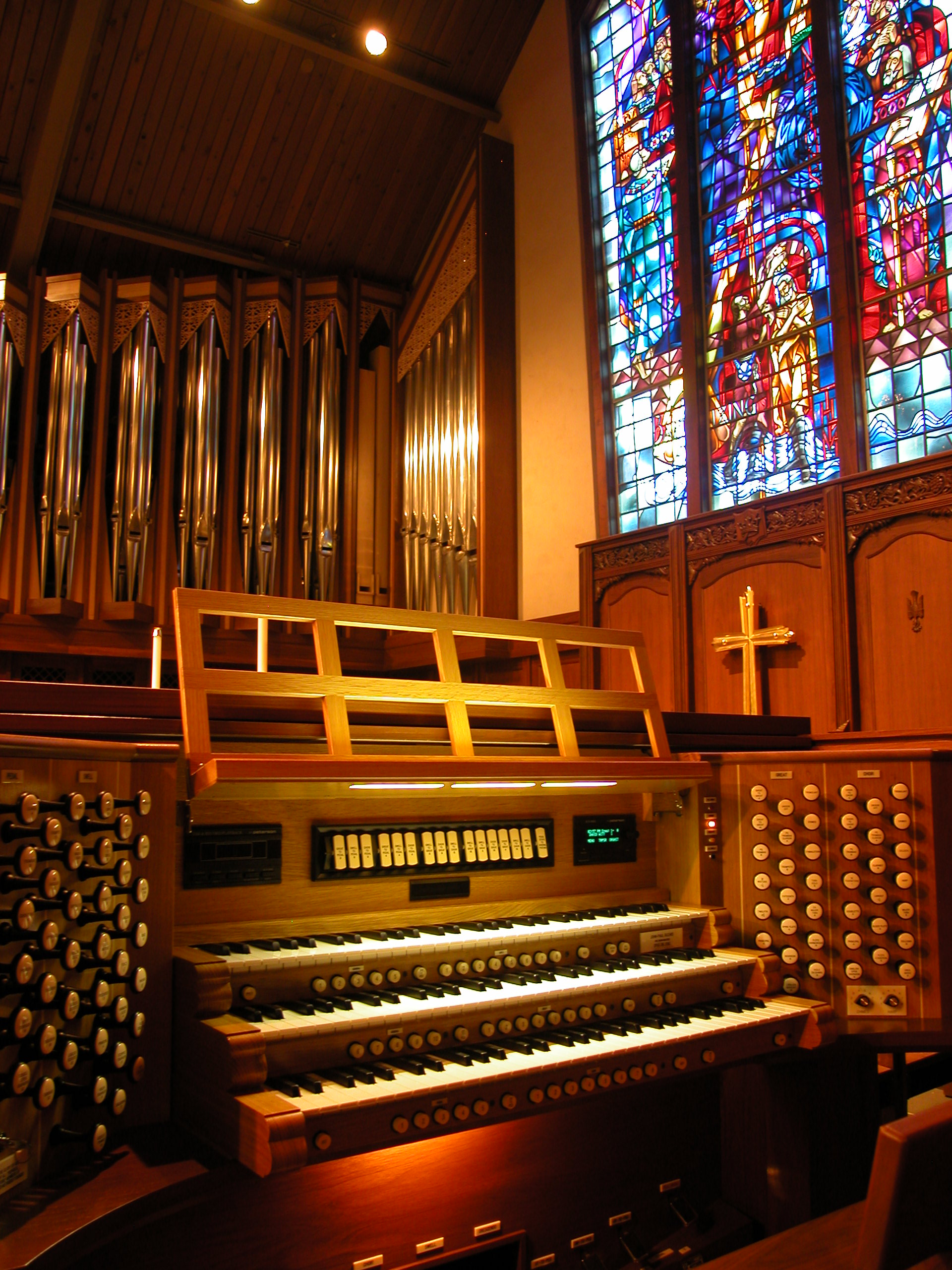 The people at Hayes Barton United Methodist Church will always have a very special place in my heart and in our Company’s history. The Organ Committee, led by parishioner Mary Moss and Music Director Mike Trexler, fell in love with our instruments when they visited All Saints Episcopal Church in Atlanta, GA, our Opus 29 […] Read More 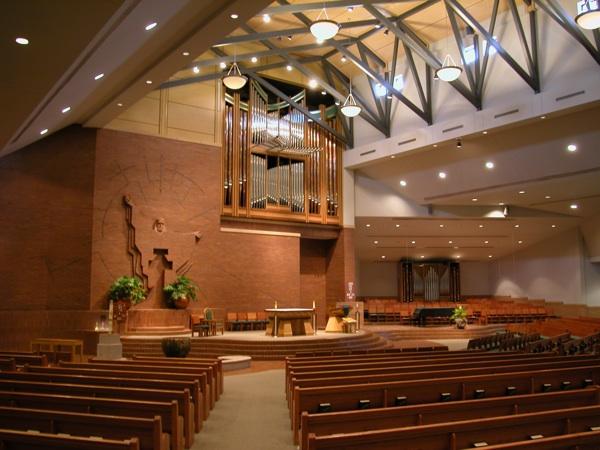 Please enjoy this performance of "This Little Babe" by Benjamin Britten transcribed for organ solo by S. Andrew Lloyd who is also the artist. St. Mark the Evangelist Catholic Church, San Antonio, is a vibrant Christian community of 5,000 families, located about twenty minutes north of the San Antonio International Airport in a new residential […] Read More 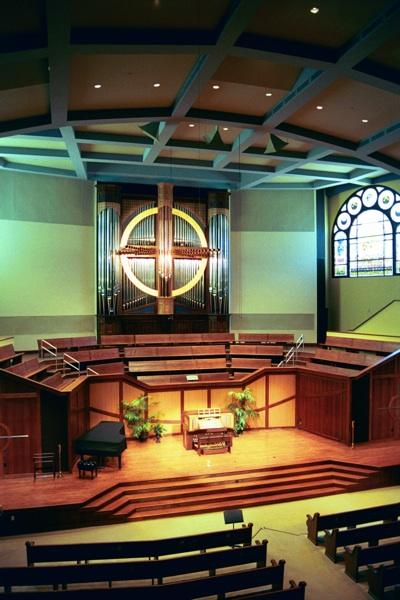 This instrument of 43 Stops and 56 Ranks of pipes is the 37th new organ built by Buzard Pipe Organ Builders of Champaign, Illinois. The Buzard firm had been selected as the Church's builder of choice in 1991, when plans were first developed to build a new Sanctuary. In recent years, when the original Victorian […] Read More 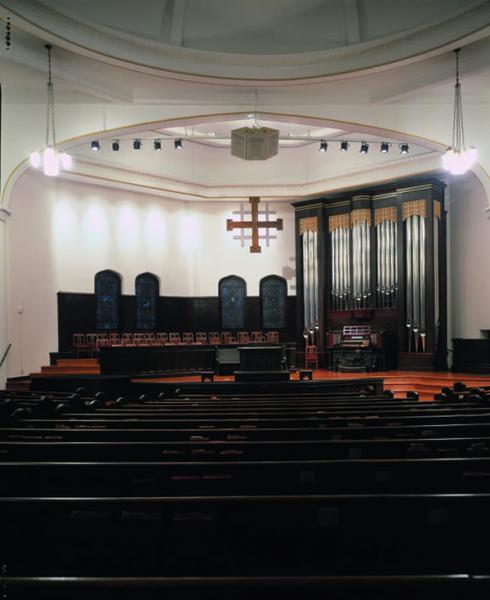 Sometimes pipe organs seem to naturally design themselves. Sometimes organs designs evolve, as the tastes and wishes of the client comes to light, as information about the building is confirmed, and as the client's process unfolds. In the case of King Avenue United Methodist Church, the organ's design was truly evolutionary, as the new organ […] Read More 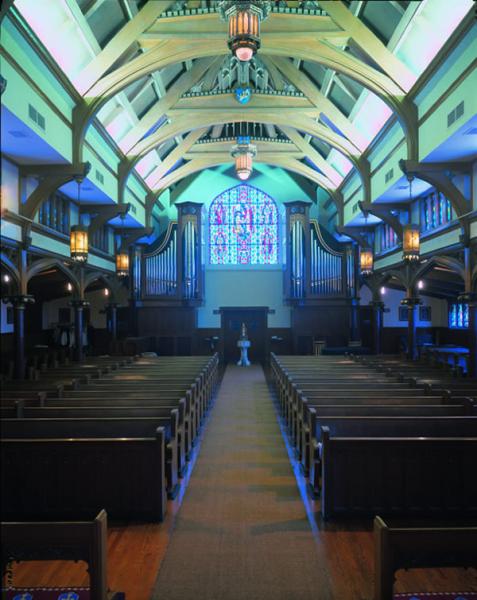 The Artistic Concept Buzard Organ Opus 35 is a new Choir Accompanying Organ, housed in two mirror-image cases, located at the rear of the Church, framing a large stained glass window and the entry doors. The impetus for installing a portion of the Church's pipe organ at the Narthex was the expansion of the Parish's […] Read More 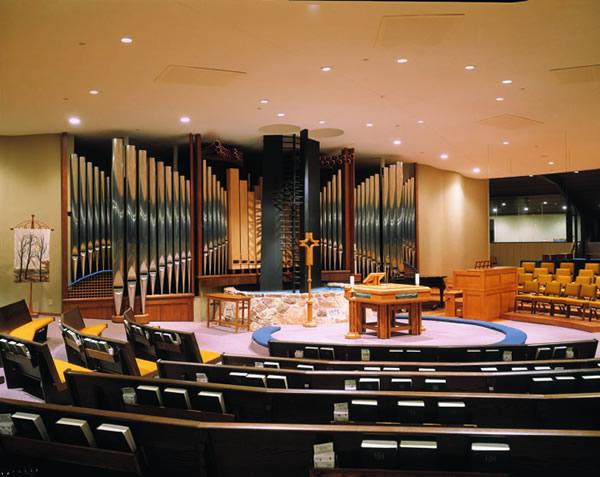 Did you know that the Jetsons are parishioners of Mount Pleasant Lutheran Church, Racine, Wisconsin? You know them: George, Jane (his wife), daughter Judy, and his boy, Elroy. Outside the world of futuristic fiction, they must have had an influence in the design of this church building, which is known regionally as "The Space Ship […] Read More 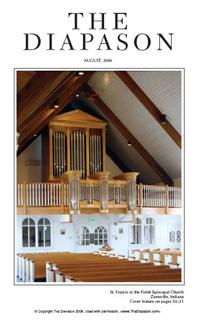 Zionsville, Indiana, is a quaint community about 30 minutes north of Indianapolis. It has retained its rural character, but added modern coffee shops, restaurants, and shopping along the historic Main Street. Farms dot the outlying area, inhabited primarily by today's generations of their founding families. Horses are kept for sport. Until only last year, Main […] Read More