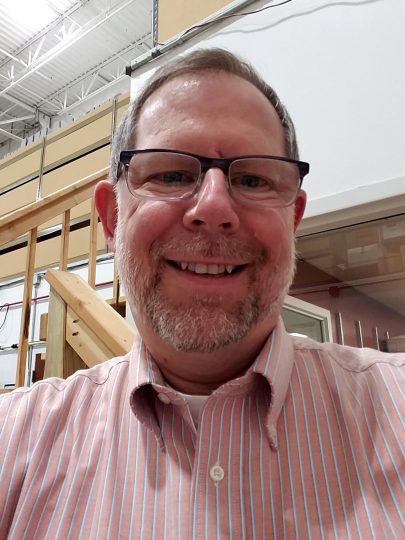 Fredrick Bahr joined the Buzard staff in January 2020 as Service Department Director, and currently serves as Tonal Director. During his more than forty years in the organ building industry, he has played a significant role in the creation of more than 60 new pipe organs throughout the United States. He has cared for the tuning and maintenance of a wide variety of existing organs, and been a part of several sympathetic restorations of historical instruments.

Fredrick Bahr comes from a family in which music has always played an important role. Hymns and sacred songs are among his earliest memories.  Piano lessons began at age 5; the violin and cello came a little later.  But it was the organ that captured his imagination and filled his dreams.  He played his first church service when he was 13 and has continued making church music ever since.

Graduated from Andrews University with a degree in Organ Performance, Fred has served as Organist-Choirmaster for churches in several states, most recently as the Director of Music for University Lutheran Church in Norman, Oklahoma. He has played recitals throughout the United States.

Fred is an active member of the American Guild of Organists (AGO). He has presented several lectures at the chapter level, as well as participating in the AGO outreach programs of Pipe Organ Encounters and Pedals, Pizza & Pipes.

As a full-time organbuilder, Fred has encounterd and mastered every aspect of the craft.   For three years previous to moving to Champaign, Fred was Shop Manager and Instructor of Organ Technology for the American Organ Institute at the University of Oklahoma. Mentoring young students, as they prepared to enter the industry, made him passionate about passing on the knowledge, skills, and love of the instrument from one generation to the next. Directing the work of a Service Department like Buzard  is another excellent way to do that!

More than forty years in the organ industry have given him the opportunity to interact closely with some organbuilders as a full-time employee, several others as a freelance tonal finisher, and a great many others as a friend and colleague. Each of those relationships has helped to build a passionate love for the many different facets of organbuilding. He has had a part in creating more than 60 new pipe organs in 26 states, as well as maintaining or restoring many existing instruments. His responsibilities at the American Organ Institute gave him the opportunity to share that broad-based knowledge with a new generation of talented people looking to carry on our beloved art.