St. John’s upgrade of an organ installed in 1976 started in 2012 with a rebuilt console, new control system and tonal re-engineering. At a pastor’s conference soon thereafter, “they were completely blown away,” Service Department Director Keith Williams said. “That led to interest in finishing the job. You could hear the difference.”

This project was completed this Spring. 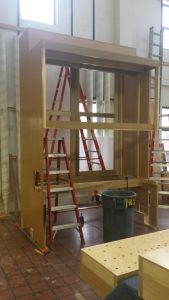 This photo is the new Swell expression box set up in the factory erecting room. 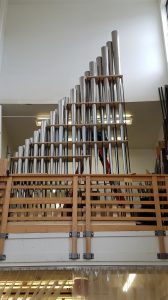 The 16′ Pedal Trombone set up in the erecting room prior to installation in the church. 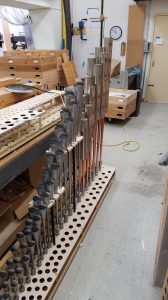 Under the masterful hand of John-Paul Buzard’s Tonal Director, the organ now has been tonally re-molded into a comprehensive service-playing and concert instrument.  It is considered the second-largest instrument in the area and is ready to serve this large and active congregation for many decades to come! 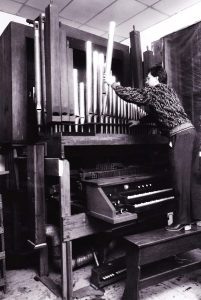 News Gazette Article regarding the organ